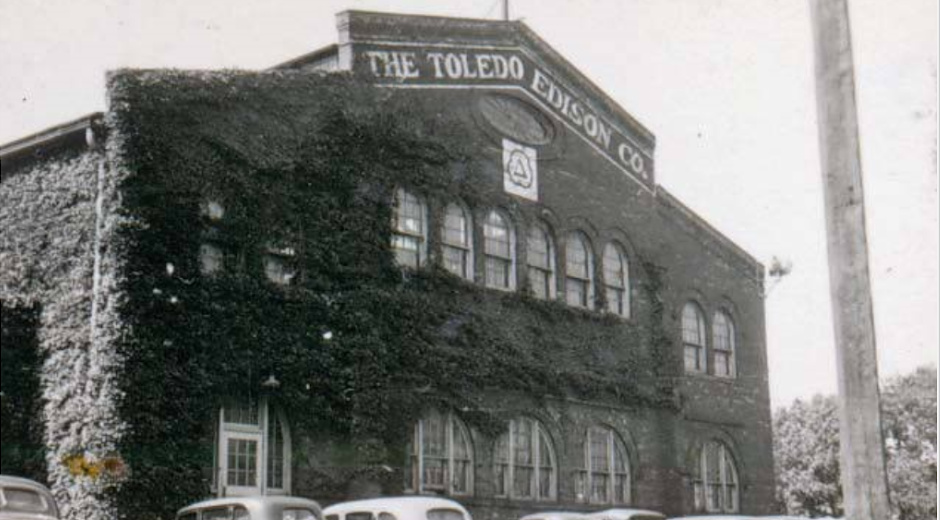 "The world has changed immeasurably over the last hundred years, and Toledo Edison has been there each step of the way, delivering safe and reliable electric service to our customers," said Ed Shuttleworth, president of FirstEnergy's Ohio operations. "As we look into the future, we are driven by the opportunity to pave the way for a more robust power system that meets the evolving needs of our customers while supporting the integration of diverse energy sources in the years to come."

Toledo Edison was established in 1921, when streetcar operations run by Toledo Railways and Light were sold to the Community Traction Company, known today as the Toledo Area Regional Transit Authority. As passengers deserted electric railways and trolleys for automobiles, Toledo Edison acquired the system's transmission lines, enabling the company to deliver power to customers in rural areas along former streetcar routes.

Located on the Maumee River in East Toledo, the Acme Power Station was Toledo Edison's flagship operation for many decades and generated 90% of the electricity for northwest Ohio until 1955. When Toledo Edison sold one of the steam turbines from its Acme plant to the City of New Orleans in 1950, no one could have imagined that it would survive the flooding and devastation caused by Hurricane Katrina in 2005.

Residential electric consumption and industrial growth in Toledo Edison's service area continued after World War II, and the company expanded its operations to keep up with the demand for electricity. For the next 30 years, Toledo Edison continued to purchase smaller utility companies and expanded its generation resources to nuclear power. In 1986, Toledo Edison became part of Centerior Energy, which merged with FirstEnergy Corp. in 1997.

While Toledo Edison no longer generates electricity, the company continues to keep up with the evolving energy needs of the region as it delivers power to nearly 315,000 customers in northwest Ohio. Toledo Edison is investing about $76 million into new, automated equipment and technology in substations and along power lines to help prevent power outages and reduce many service interruptions to just a brief or momentary outage. The upgraded infrastructure is a part of a three-year phased grid modernization plan that began last year.

Toledo Edison's commitment to northwest Ohio does not stop with the delivery of reliable electric service. FirstEnergy and Toledo Edison continue to play a key role in the region's economic development by working to ensure the local power grid is ready to support the future demands of new and existing energy-intensive customers in the region.

Toledo Edison and the FirstEnergy Foundation also have infused tens of thousands of dollars into local communities over the years, including recent contributions to provide timely assistance to families and organizations impacted by the COVID-19 pandemic through the FirstEnergy Foundation's "Investing with Purpose" initiative. At the start of the pandemic, the FirstEnergy Foundation donated $500,000 to 42 local food banks and hunger centers in Ohio, Pennsylvania, New Jersey, West Virginia and Maryland, which included $25,000 for the Toledo Northwest Ohio Foodbank.

In recent years, Toledo Edison employees have participated in countless charitable causes across the region, like installing free smoke detectors for Toledo families, donating and preparing meals for families at the Ronald McDonald House of Northwest Ohio and hosting food and monetary donation drives for local foodbanks.

"Our employees live in the communities we serve, happily volunteering their time, talents and dollars to make each a better place to live, work and raise families," said Shuttleworth. "We look forward to continuing to shine a bright light across northwest Ohio for many more years to come."