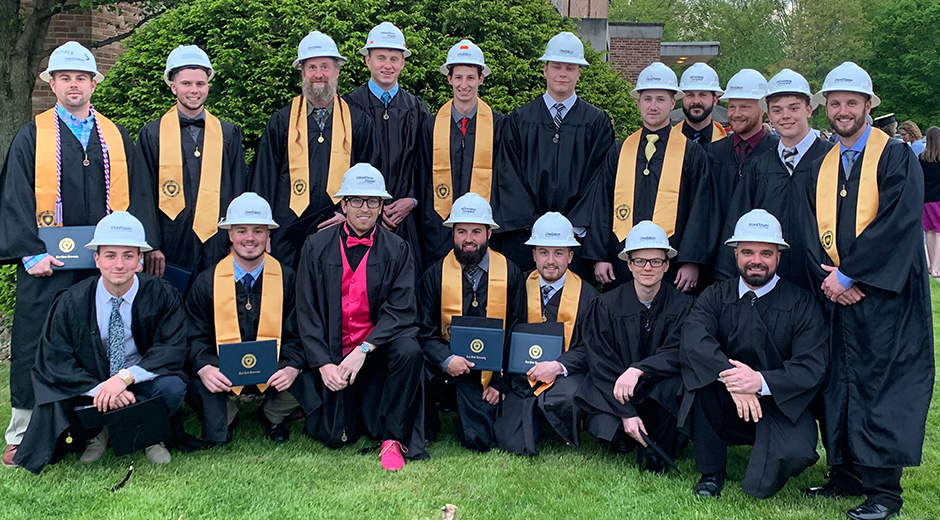 AKRON, Ohio, June 10, 2019 -- Ohio Edison and Penn Power have hired 34 new graduates of the Power Systems Institute (PSI), a FirstEnergy Corp. (NYSE: FE) program to train the next generation of line and substation workers. The new employees include 23 line workers and 11 substation electricians in Ohio and Pennsylvania.

The PSI training program was reinstituted in 2014 by FirstEnergy at Stark State College in North Canton and Kent State University at Trumbull in Warren. This is the third graduating class since 2014.

"Our PSI program develops top-quality, well-educated men and women for the electric utility industry," said Edward Shuttleworth, regional president of Ohio Edison and Penn Power. "We look forward to these graduates joining our workforce to help continue providing safe and reliable electric service for our customers."

The new Ohio Edison line employees, listed by work location with their hometowns, are:

The new Ohio Edison substation employees, listed by work location with their hometowns, are:

The new Penn Power line employees, listed by work location with their hometowns, are:

The new Penn Power substation electrician employees listed by work location, with their hometowns, are:

PSI is an award-winning, two-year educational program originally developed by FirstEnergy in 2000 to help prepare the company's next generation of utility line and substation workers.