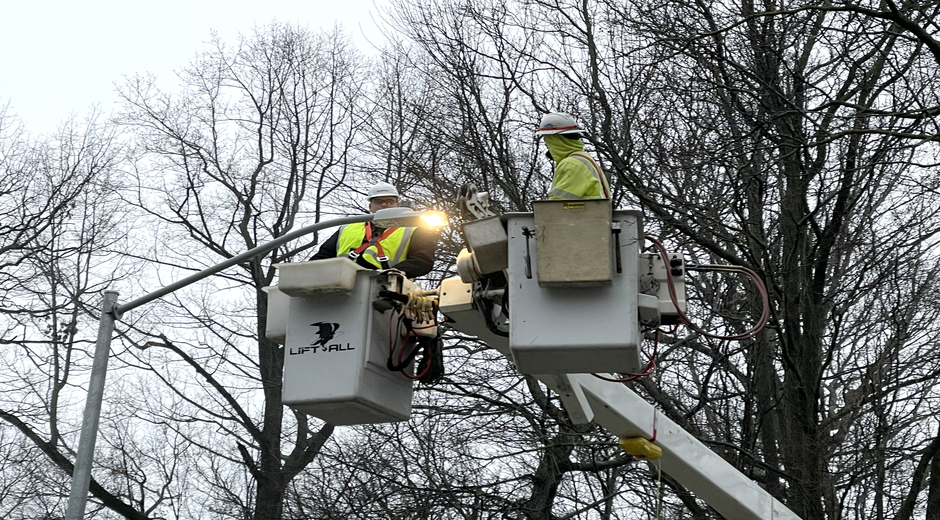 In a quaint residential community in the Glendale neighborhood of Toledo, Ohio, Toledo Edison line workers recently installed the last of nearly 27,000 LED streetlight fixtures to complete the City of Toledo’s $5.8 million streetlight conversion project, days before ringing in the new year.

What started as a pilot program to replace about 200 conventional high-pressure sodium lamps with LEDs in the city’s Old South End is now a reality across the entire City of Toledo. To mark the occasion, utility personnel took Toledo Mayor Wade Kapszukiewicz up in a bucket truck to illuminate the final bulb of this nearly two-year long project.

“Even in the face of the coronavirus pandemic, this LED streetlight project remained on schedule thanks to our dedicated field personnel,” said Jim Veglia, director of Operations for Toledo Edison. “Communities across FirstEnergy service areas in Ohio and elsewhere have noticed substantial improvements in visibility and security where LED streetlighting has been installed, and we look forward to seeing how these improvements will benefit this city where we proudly live and work.”

The new LEDs are about 50% more efficient than the previous high-pressure sodium lights and are expected to save the city an estimated $580,000 in energy costs annually. They are also expected to last 15 to 20 years, compared to three to five years for the previous lights.

“The statistics speak for themselves. When LED lights were installed in the Old South End section of the city in 2017, violent crimes went down by 37% the following year,” he said. “I’d like to thank Toledo Edison personnel for all of their hard work to make our city brighter, safer and more efficient for our residents.”

Toledo Edison celebrated 100 years of service to its community on Nov. 1, and the completion of this LED streetlight project demonstrates the company’s commitment to providing safe, reliable power to residents across northwest Ohio.

Customers are reminded to report any issues with their streetlights so they can be addressed as quickly as possible. Here are the best ways to report a streetlight outage:

When reporting a streetlight outage, let us know:

Photos from the LED streetlight installation can be found here.